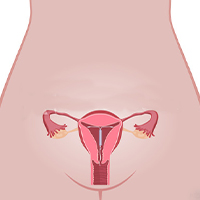 WHAT IS COPPER IUD PARAGARD?

A non hormonal IUD is a small T-shape piece of flexible plastic that has copper wrapped around it. Paragard IUD birth control coil uses copper to prevent pregnancy.

Copper does not tolerate sperms, and therefore, it changes the way sperm cells move, so they can’t swim to an egg. If sperm can’t meet an egg, pregnancy cannot take place.

Paragard IUD coil can last for up to 10 years, and it can be removed at any time you desire without much difficulty.

Copper IUD effectiveness in birth control is well established. According to copper IUD reviews, the benefits of the IUD coil are:

Even with paragard effectiveness, the non hormonal IUD birth control (Paragard) also has some cons. According to some paragard reviews, the disadvantages which can be classified as paragard IUD side effects are as follows:

Paragard IUD is not suitable for everybody. You may not use paragard if you:

PREPARATION FOR A COPPER IUD PARAGARD

Copper IUD insertion can offer long-term contraception, anytime during a normal menstrual cycle. Women who just had a baby might have to wait about 8 weeks after delivery before getting an IUD coil inserted.

But before paragard insertion,

Specialist: A gynecologist or any experienced doctor or nurse.

Location: In the doctor’s room.

COPPER IUD SIDE EFFECTS AND RISKS

There are some health risks associated with copper IUD paragard. These paragard side effects include:

Asides non hormonal IUD side effects, some complications may arise at the insertion of the IUD coil.

Call your doctor immediately, if you experience any of the following symptoms:

Removing copper IUD is simple. Your doctor or nurse will simply grasp the strings and gently pull the device out. Cramping may occur.

However, in some cases, difficulty may arise if the copper IUD coil has embedded itself into the uterus. In severe cases such as this, the healthcare worker may have to use a special instrument to remove it or make you undergo surgery.

Copper IUD insertion costs up to $1,300 in the U.S. People covered by insurance or via government programs may not pay up to such an amount. If you do not have healthcare insurance, medical or other state programs may be readily available for your financial support.

Paragard IUDs appear to be the most effective forms of emergency contraception. If you get it inserted within 5 days after having unprotected sex, it proves 99.9% effectiveness against pregnancy.

You can leave your copper IUD coil in place to prevent pregnancy for as long as you desire, up to 10 years.

The most common copper IUD side effects are having heavy and irregular bleeding, which stops within 6 months. Copper IUD insertion and removal are simple procedures. Pains and cramping may accompany it, but pain relief medication will help.

The copper IUD paragard contains no hormones and prevents pregnancy (but not STIs) for up to 10 years. It’s an IUD that provides long-term birth control.

The copper IUD paragard doesn’t prevent ovulation, so you will still see your menstrual period. But you may experience heavier and longer periods during the first 3 months of usage.

The removal of the IUD is usually less painful than putting it in. In cases such as when the IUD sticks stubbornly to the uterus, the healthcare worker may have to use a special instrument to remove it (which may be quite painful), or he/she may make you undergo surgery. Your doctor may suggest abstinence from sex for a whole week before the procedure.

You need a prescription to get an IUD. This contraceptive must be inserted by a specialist.

Unlike hormonal IUDs, copper IUDs don’t contain any progestin or other hormones. They haven’t been linked to a higher risk of depression.