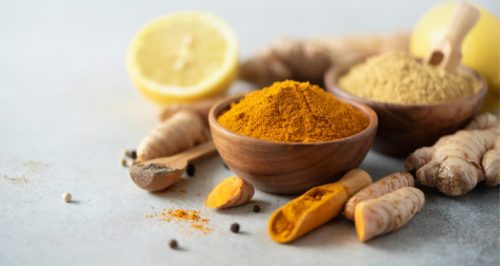 What is Crohn’s Disease?

Crohn’s Disease is one of the two major types of Inflammatory Bowel Disease (IBD). Any person at any age can develop Crohn’s Disease – but it is rarely found in young children. While the cause of Crohn’s Disease remains unknown, it is often described as an overreaction of the immune system in response to some environmental trigger, perhaps some sort of bacteria or virus. There are genes associated with an increased risk of Crohn’s Disease. However, no one gene is responsible for causing the disease.

Crohn’s Disease is likely to cause inflammation anywhere inside the gastrointestinal tract, right from the mouth to the anus. However, it can sometimes cause inflammation or infection that can spread outside of the intestines called an abscess.

Some of Crohn’s Disease symptoms noticeable in the early stages are weight-loss, diarrhoea with blood, crampy abdominal pain, high fever, and sudden loss of appetite. Unlike an infection, the symptoms of Crohn’s Disease can last for several months. Therefore, whenever such symptoms develop, you should consult your doctor at the earliest.

As Ayurveda primarily focuses on taking care of the digestive tract, it emphasizes heavily on the human body’s overall balanced functioning and well-being. According to Ayurveda, the two major causes for Crohn’s Disease is a poor diet that includes lots of junk food and unhealthy eating habits. Therefore, the first line of treatment against Crohn’s Disease in Ayurveda is establishing a strict diet regime, followed by a few lifestyle modifications.

Ayurvedic treatment against Crohn’s Disease has shown promising and quick results so far. However, early patients respond well and quickly to treatment rather than chronic.

Chronic low-grade inflammation can lead to symptoms such as body pain, chronic fatigue, insomnia, depression, anxiety, mood disorders, gastrointestinal complications such as constipation or diarrhoea, abdominal pain, weight gain, or rashes. Therefore, employing Ayurveda as the treatment against the same can help you relieve some of these symptoms in no time.

Inflammatory Bowel Disease (IBD) or Crohn’s Disease patients need to understand their specific dietary requirements to better manage the disease. A Crohn’s Disease diet is generally prescribed to effectively maintain the function of your digestive tract and general overall health. Some of Crohn’s Disease Diet strategies have proven effective in controlling the symptoms.

Cinnamon Extract for The Treatment of Crohn’s Disease

Over the years, numerous studies have proven that Cinnamon has significantly contributed to protecting the human body against IBD or Crohn’s Disease. This is because the antimicrobial and anti-inflammatory effects of Cinnamon are closely related to improving the intestinal flora imbalance in the human body. In addition, cinnamon oil has resulted in enhanced diversity and increased richness of the intestinal microbiota. Use of cinnamon or cinnamon extracts helps produce dendritic cells, making low-levels of pro-inflammatory cytokines, interferon, and tumour necrosis factors. Meanwhile, it encourages the production of high-levels of immunoregulatory cytokines and transforming growth factor. Studies have concluded that cinnamon extracts act as an anti-inflammatory agent by targeting the production of antigen-presenting cells (APCs) and interleukin (IL) T-cells.

Laying on your back, fold your legs precisely as they are hip-width apart. By pressing your feet on the ground, inhale and gently lift your legs. Slowly push down your arms and shoulders and gradually raise your chest. Exhale slowly while returning to your original position. Repeat this asana for improved results.

In addition to relieving ulcerative colitis, the Setu Bandhasana can also help reduce discomfort in the back by providing instant relief.

Laying on your black, gently bring your legs in line with your upper body. Keeping your hands beside your body, inhale, and gently bring your knees towards your chest. Use your hands to press your thighs tightly on your abdomen while exhaling. Hold this position for precisely 10 seconds. Now, slowly return to your original position. Repeat this asana 4-5 times and gradually increase your abdomen’s thigh pressure with each repetition.

The Pawanmuktasana helps your body get rid of the waste in the form of gases. Therefore, if you happen to pass gas while performing this Yoga, it is an indication that the exercise has been successful. This pose primarily helps all the internal organs in the human body.

There are several hospitals in India where you can get the best treatment against Crohn’s Disease. Here are some of the top Crohn’s disease centres in India.

Which Blood Test Should Patients Undergo For Crohn’s Disease?

There is no one particular blood test for Crohn’s Disease.

While there is no known cure against Crohn’s Disease, there are several effective treatments available against. However, when the disease reaches the chronic phase, then the doctor may advise surgery to remove a segment of the intestine

What is Post-Crohn’s Disease Care?

Crohn’s Disease is persistent and is likely to present throughout a lifetime. However, patients and physicians can work accordingly to manage the symptoms. Though the Disease is expected to flare up again, patients can use antibiotics and other prescribed medications to control their symptoms. Extra visits to the doctor may also be required in some instances.

What are the Baidyanath medicines for Crohn’s Disease?