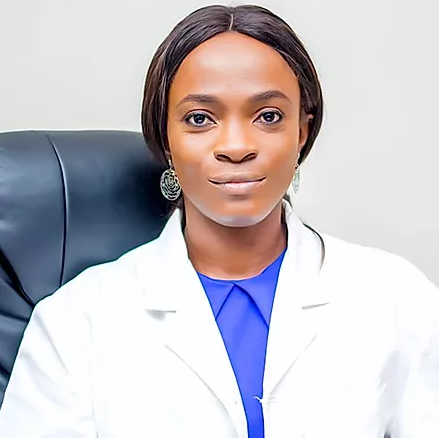 Olufunmilola James qualified from the College of Medicine, University of Lagos, Nigeria in 2004 with Bachelor of Medicine, Bachelor of Surgery and became a Fellow of the National Postgraduate Medical College of Nigeria in 2012 following residency training in Radiology at the Lagos University Teaching Hospital, Lagos.
She was a Senior Registrar in the Department of Radiology from 2009 to 2012.
She has core areas of interest in Clinical Research, Musculoskeletal Radiology, Cross-sectional Imaging and Vascular Imaging with emphasis on Doppler Ultrasonography and is a member of European Society of Radiology, American College of Radiology, Radiology Society of North America.

She has co-authored articles which include: Stroke Risk Assessment with Transcranial Doppler Ultrasonography in Children with Sickle Cell Disorder, Umbilical Artery Doppler Patterns in Women with Pregnancy Induced Hypertension in Lagos.
She has also given lectures for the Ultrasound Research and Education Society of Nigeria, a Jefferson Ultrasound Research and Education Institute (JUREI) global affiliate training centre. She worked with the National Sickle Cell Centre (NSCC) alongside other radiologists helping to kick-start the NSCC Transcranial Doppler (TCD) Ultrasonography Screening Programme, while performing TCD scans and facilitating training during this period. Dr James joined Lagoon Hospital in April 2014.
In her free time, she is an avid reader, partial towards the thriller and suspense genre; enjoys Sudoku and running and is currently working on increasing her music collection.