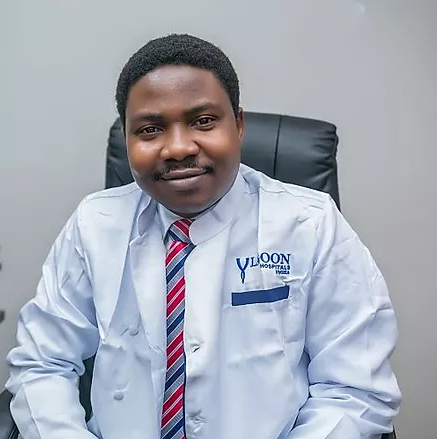 Dr Oluwagbemiga Adeleye Durojaiye is a Family physician domiciled in Awolowo, Ikeja. He graduated from the College of Medicine, University of Ibadan in November 2005. He had his housemanship training at the University College Hospital, Ibadan from June 2006 to May 2007. He had his National Youth Service at the General Hospital, Ikono, Akwa-Ibom State between October 2007 and September 2008. He returned to work as a Medical Officer at the St Mary’s General Hospital, Eleta, Ibadan between December 2008 and June 2009, having obtained his primaries in Family Medicine in April 2009, he commenced Residency training in Family Medicine at the Catholic Hospital, Oluyoro, Ibadan on July 1, 2009.

Dr. Durojaiye was offered a Residency training appointment at the Lagos State University Teaching Hospital, Ikeja in November 2009 which necessitated his relocation to Lagos. He passed his Part 1 examinations in both the West African College of Physicians and National Postgraduate Medical College in October 2012. He qualified as a Fellow of the West African College of Physicians in April 2016. He has a vast working experience in both Private and Public Health institutions; and at all levels of care (primary to tertiary). He was also involved in the management of sexual assault victims at the Mirabel (Sexual Assault Referral) Centre, LASUTH for three years. He is equally skilled in a number of primary surgeries/procedures such as lumpectomies, herniorrhaphies, ear syringing and excision of ingrown toe nails.