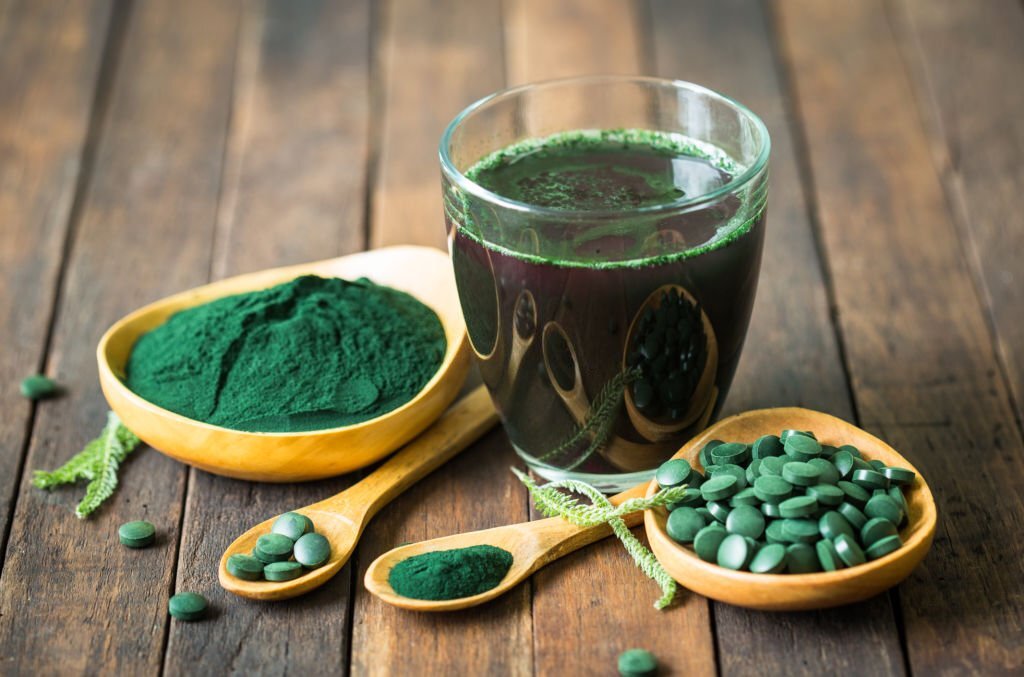 Spirulina can be found in fresh or saltwater. It is a kind of cyanobacteria. Spirulina is considered the most nutritious food around the globe. It can be used as a supplement due to its many benefits to the body. There are many benefits of spirulina. This popular supplement is composed of a plethora of nutrients. It also has antioxidative properties, which, together with the nutrients, benefit the brain and the entire body.

In this article, we seek to explore ten health benefits of spirulina.

What are the Benefits of Spirulina?

1. Rich in Nutrients – Cyanobacteria are often called blue-green algae. They can generate energy through photosynthesis, just like plants. Packed with nutrients, spirulina which is a type of cyanobacteria, was taken by the ancient Aztecs as food. In recent times, supplements of spirulina have been developed and are taken in doses. By standards, 1 – 3 grams of spirulina must be taken daily. One tablespoon of dried spirulina powder, which is equivalent to 7grams. This contains 20 calories and 1.7 grams of digestible carbs. One tablespoon (7 grams) possesses,

The many nutrients of spirulina benefit the body greatly. There are false claims that spirulina contains vitamin B12. This same amount gives about 1 gram of fat which includes the fatty acids – omega-6 and omega-3 in a ratio approximate to 1.5 – 1.0.

3. Possesses Powerful Antioxidant and Anti-Inflammatory Properties – Spirulina is rich in antioxidants. The antioxidants help fight against oxidative damage. Oxidative damage can lead to the occurrence of chronic inflammation, contributing to cancer as well as other diseases. The main active ingredient of spirulina is phycocyanin. Phycocyanin is an antioxidant by nature, giving Spirulina a blue-green color. This antioxidant, phycocyanin, has anti-inflammatory properties which aid in inhibiting inflammatory signaling molecule production. It may also be used to combat free radicals within the body.

4. Ability to Reduce Low-Density Lipoprotein (LDL) and Triglyceride Levels – Sometimes called bad cholesterol, LDL, when present in the body in high amounts, has been known to increase an individual’s risk of developing heart disease and stroke. Also, when triglycerides are at high levels can be dangerous to the health. One health benefit of spirulina is its ability to reduce bad cholesterol and triglycerides present in the body. As this happens, it, in turn, raises the levels of High-Density Lipoprotein (HDL) cholesterol. It was reported in a study that 2 grams of spirulina consumed by 25 who had type 2 diabetes improved the markers significantly.

Another study discovered that a daily dose of 1 gram of spirulina reduced triglycerides and bad LDL levels by 16.3% and 10.1%, respectively. This was observed in people with high cholesterol.

5. Prevents the Oxidation of Bad LDL Cholesterol – Lipid peroxidation is a condition where the body’s fatty structures become prone to oxidative damage. It can lead to serious health problems. When LDL cholesterol oxidizes, heart diseases can develop. Spirulina has been applied to effectively reduce lipid peroxidation. This is so because of the many antioxidants present in spirulina. Increased antioxidant enzyme levels in the blood were observed in 37 people with type 2 diabetes studies. The increase in the antioxidant enzyme was noticed after the individuals took 8 grams of spirulina per day. The intake of spirulina reduced the markers of oxidative damage.

6. Possibility of Controlling Blood Sugar – Studies conducted on animals have shown that blood sugar levels can be reduced when spirulina was consumed. It was also reported that it performed better than diabetes drugs in some cases. In humans, certain studies have been carried out to show the effectiveness of spirulina in treating diabetes. One such study was conducted on 25 people who had type 2 diabetes. The study lasted for two months. During this period, the individuals took a daily dose of 2 grams of spirulina, showing a significant decline in their blood sugar levels.

7. Possibility of Enhancing Muscle Strength and Endurance – Muscle Fatigue can be caused by oxidative damage induced by exercise. Spirulina has antioxidative properties, which can help reduce this oxidative damage. It was reported that consuming spirulina helped improve endurance, increasing the time taken before an individual becomes fatigued. Several other studies have revealed spirulina benefits in improving muscle strength and endurance.

8. Could Decrease Blood Pressure – High blood pressure is a health condition also referred to as hypertension which makes the work of pumping blood by the heart harder. It often shows no symptoms and can increase an individual’s risk of developing cardiovascular diseases as well as other diseases such as chronic kidney disease. It has been discovered that taking a 4.5 grams daily dose of spirulina helps normalize blood pressure in individuals. This is due to the increased production of a signaling molecule, nitric oxide, in the body. The nitric oxide helps in the relaxation and dilation of the blood vessels.

9. Possibility of Fighting Anemia – Anemia is a blood disorder in which there is a low hemoglobin level in the body. In this condition, the body will be unable to supply enough oxygen to the body. There are several forms of anemia, and each form has its cause. Some of its symptoms include weakness, fatigue, shortness of breath, and even chest pains. It was discovered in one study carried out on 40 older people that have a medical history of anemia that they experienced increased hemoglobin in their red blood cells. It also showed that their immune function improved. This happened after they took spirulina supplements. To confirm the possibility of fighting anemia, more research is needed.

10. May Fight Cancer – Some studies show proof of anti-cancer properties in spirulina. Animal studies showed that cancer occurrence and tumor size were reduced. Investigating the effects of spirulina on oral cancer led to various studies. One analysis was performed on 87 people who had oral submucous fibrous (OSMF) in India. This condition is a precancerous lesion in the mouth. The study revealed that when compared to a 7% control group, 45% of those who consumed a daily dose of 1 gram of spirulina for a year experienced the disappearance of their lesions. But there was a redevelopment of the lesions in almost half of the 45% when they stopped spirulina intake.

In conclusion, the blue-green algae, popularly known as spirulina, is a cyanobacterium that lives in water bodies. Spirulina has a variety of health benefits. It is available as a supplement. It has several nutrients, as well as anti-inflammatory and antioxidant properties. Spirulina has also been proven to help reduce bad cholesterol and triglyceride levels. Although spirulina has several health benefits, it is advised not to be taken in excess. It is also not recommended for pregnant women, children, and individuals with autoimmune diseases.