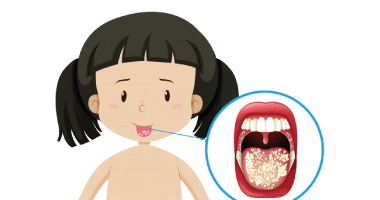 Neuroendocrine cells are like neurons (nerve cells), but they also make hormones like the endocrine cells. They make and release hormones in response to signals they receive from the nervous system. These hormones control many body functions.

Hormones get involved in diverse vital and metabolic processes in the body including:

In MEN type 1 patients, tumors develop in multiple endocrine glands majorly the gastro pancreatic tract, parathyroid, and pituitary gland. This triggers the secretion of excessive amounts of hormones from the affected glands into the bloodstream, which results in varying symptoms and related syndromes.

Some tumors such as gastrinomas and carcinoids linked with MEN type 1 are malignant and can spread cancer to other organs of the body (metastases).

Other manifestations of MEN 1, though not regular are:

Multiple endocrine neoplasia type 1 can be inherited or can occur as a result of a new gene mutation in the affected individual. MEN type 1 affects equally men and women.

About 40% of MEN 1 cases involve tumors of the parathyroid, pancreas, and pituitary glands. Although it affects other ages, ages 20 to 40 are mainly affected. MEN 1 affects approximately 1 in 30,000 individuals.

MEN type 1 is caused by the mutation in the gene of an affected person. MEN 1 is a tumor successor gene. It encodes a protein, menin, that is responsible for keeping cells from growing and dividing too rapidly or uncontrollably. >500 mutations of this gene have been identified.

The signs and symptoms of multiple endocrine neoplasia type 1 are several, spreading fasting all through the body and affecting many parts and organs of the body.

The signs should be detected and diagnosed at the earliest stage because once it begins to spread rapidly, the symptoms become complications and treatment is more difficult.

The signs and symptoms may include:

Because of the rapidity and the widespread of the tumors into various vital organs and parts of the body, MEN 1 can cause a lot of life-threatening health risks.

The treatment of MEN 1 may require a team of combined efforts of medical specialists such as cancer specialists (oncologists), endocrinologists, surgeons, psychiatric specialists, and other healthcare professionals.

Treatment may be directed toward the specific symptoms that are observed. Treatment options include:

(Note: the medical team will decide which of the medical procedures to apply in careful consultation with the patient)

The main treatment for parathyroid tumors is a surgery called a parathyroidectomy. This may be followed by the transplantation of healthy parathyroid tissue, positioned in another area of your body.

After a successful operation, you would be placed on a daily supplementation of calcium and vitamin D to prevent the effects of possible hypothyroidism.

Neuroendocrine tumors may involve surgery  (pancreatoduodenectomy or duodenectomy) or an ablation procedure.

What are MEN type 1 disease?

Multiple endocrine neoplasia type 1 is a genetic condition that produces tumors in the endocrine glands. Endocrine glands are the hormones producing platform of the body. MEN 1 tumors mostly involve the parathyroid grads, islet cells of the pancreas, and pituitary glands.

What is the cure for MEN 1?

MEN 1 syndrome does not have a permanent cure because of its metastases characteristics. Organs considered treated may redevelop tumors.

Surgery is often successful in removing MEN 1 related tumors and related symptoms. But these tumors, in some cases, may grow back or spread to the lymph nodes link, the liver, of bones. Your surgeon may give medications to reduce the size of the tumor as well as treatment-related problems.

MEN 1 is a rare genetic disease that affects both males and females equally. It affects about 1 in 30,000 individuals. However, there are other rarer types of multiple endocrine neoplasias; MEN 2, MEN 2A, MEN 2B, and FMTC. MEN 2affects about 1 in 35,000 people, while others are far lesser.

Who is prone to MEN 1 disease?

The high-risk factors and groups of MEN 1 include:

The median survival period for MEN 1 patients is 15 years if adequately controlled. Men can live up to 55.4 years and women for up to 47 years.