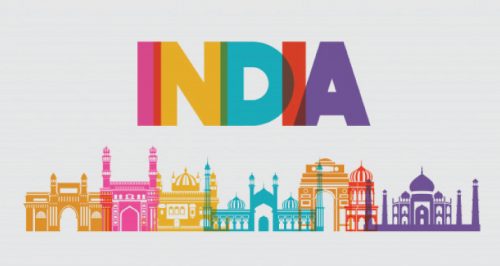 What Is Medical Tourism?

Every year, millions of people travel to different countries for medical treatment. Be it a simple dental filling or a major heart surgery, and people resort to traveling to other countries to get the best possible treatment and to save as much as they can. Medical tourism brings in billions of dollars a year globally. Since the evolution of the science of technology, medical and healthcare costs have risen dramatically across the globe in many developed countries. As a result, many have blamed these rising prices on the closed system of procedure and drug pricing, which isn’t flexible when it comes to free-market competition.

Simultaneously, other factors such as exaggerated health insurance, hefty medical bills, malpractice lawsuits, and infrequent consultations with the doctor also contribute to these increasing costs. According to a report by the OECD, a heart bypass is likely to cost you $100,000 in the United States. Meanwhile, the same treatment can be availed at $40,000 in and around Mexico. Often, we come across people without any health insurance or sufficient income to foot their medical costs. For such people, medical tourism poses a viable and beneficial alternative.

For Americans and Europeans, the most common medical tourism spots include India, Thailand, Mexico, Cuba, etc. In the majority of these developing countries, medical tourism means a lucrative and growing source of economic revenue. To add to that Gross Domestic Product (GDP), these developing countries have slowly started competing for medical tourists. While Japan has instituted new policies to boost the hospitals’ capacity to accept overseas patients, India too has been at the forefront in the race to medical supremacy. According to a recent survey, the medical tourism industry is approximated to be worth $55 B globally.

How Medical Tourism Flourished In India?

Land of 1.35 billion people, India has always offered people a rich blend of history, tradition, and culture. Tourists have always traveled to this nation to experience the most ancient civilizations in the world. However, in recent times, a new kind of tourism is on the rise in Indian hospitals, becoming one of the essential segments in Indian healthcare. Currently, the entire medical sector is valued at a whopping $6 B, making it one of India’s most appropriate fields in the health care sector.

India consists of numerous hospitals accredited by the highest of authorities such as NABH and JCI, permitting it to treat foreign citizens under national tourism. In addition to that, India ranks among the Top Three destinations for medical tourism across all of Asia. A 2017 survey found that the number of medical patients traveling to India for treatment was over 2 million. The quality of healthcare in many reputed hospitals in urban India is exceptional. The splendid combination of world-class technology, modern medical infrastructure, growing hospitality industries, experienced service, and quality medical attention  has mostly given an impetus to the growth of medical tourism in India Some medical specialties in India include:

How Medical Tourism Flourished In India?

India is the world’s most preferred destination in terms of medical and health services. In 2020, the medical tourism industry experienced an annual growth rate of 15% and is expected to touch 30% by the end of 2021. This is because the cost of treatments and other health services starts around a tenth of the comparable treatment price in Western and European countries. A survey conducted by the Health Ministry Of India found that the most popular treatments sought by foreign tourists are neurosurgery, cardiac, bypass surgery, bone marrow transplant, eye surgery, and other orthopedics treatment.

In addition to that, India also offers multiple medical facilities such as liver, heart, and kidney transplants, and other areas of advanced medicine. This includes IVF Treatment, cosmetic surgery, and numerous hair transplant options. India provides you with global excellence inpatient care at a fraction of international cost.

According to the 2015 Medical Tourism Market Report, India is the most prominent destination for medical tourism due to the very high-quality treatment provided at the lowest cost.

According to a 2015 report by CII-Grant Thornton, Bangladesh and Afghanistan account for 34% of India’s medical tourists, Russia and the Commonwealth of Independent States account for 30% and the remaining are from Africa and the Middle East. In 2017, India had 495,056 medical tourists to seek medical care. According to a 2019 report by the Federation of Indian Chambers of Commerce and Industry and Ernst & Young, most of the medical tourists to India were from Southeast Asia, Middle East, Africa, and SAARC region.

India also receives a significant number of medical tourists from China, Canada, Russia, the United Kingdom, Australia, and the United States. In fact, the city of Chennai has come to be known as the healthcare capital of India.

To encourage applications and ease of travel for medical tourists, the Indian government expanded its e-tourism VISA regime in February 2019 to include medical visas. The maximum duration of stay under this visa, however, is 6 months.

As at August 2019, foreigners can receive any form of medical treatment in India without a medical visa, with the exception of organ transplants.

Some of the attractions of medical tourism to India are reduced costs, availability of latest medical technologies, compliance with international quality standards, foreign-trained doctors (in western countries including the United States and the United Kingdom), as well as English-speaking personnel, which bridges the likely language barrier problems that might be faced.

Medical techniques starting from cosmetic surgical operations, dental work, and orthopedic treatments are now available at excessive pleasant and lower costs in many nations. Therefore, here are some of the medical tourism destinations in the world

India has gradually emerged as a key contributor and a scientific tourism employer as the country has the best healthcare offerings in the modern-day era. As per an OECD report, healthcare in India saves sufferers around 75% of money compared to the charges within the United States and the European Subcontinent. All these factors make India one of the top medical tourism destination

As per the World Health Organization (WHO), Brazil is at the top of superior healthcare transport in Latin America. With over 43 hospitals via the JCI and world-famed surgeons, Brazil has now become the hub for splendor plastic surgery operations

Yet another emerging country in the field of medical tourism is Malaysia. The government bagged the Number 1 spot in the “International Medical Travel Journal” award for Health And Medical Tourism Destination in 2015 and 2016. Malaysia is considered as one of the topmost healthcare venders in all of South-East Asia

Explicitly known for its hospitality, Thailand has also emerged as one of the primary players in the health care sector over the years. Thailand has some of the best wide types of internationally universal hospitals in South East Asia and is highly reputed for its advanced dental work and well-crafted dermatological strategies. From healing gardens to therapeutic swimming pools, hospitals in Thailand have everything you need to get your health in order

Over the years, Turkey has proven itself to be a strong contender in the medical tourism market while excelling specifically in the areas of transplant surgical procedures and radiation therapy for cancer.