In its early stages liver cancer does not usually exhibit any sort of symptoms. However in later stages it may cause pain in the right side of the abdomen or a feeling of fullness while eating (2). However some common symptoms include: weight loss, loss of appetite, abdominal pain, jaundice and/or fluid in the abdomen (4). If on consulting a doctor, the suspicion of liver cancer arises he/she will ask you to perform the following tests:

Blood Tests: are performed to find the levels of Alfa-fetoprotein (AFP) in the blood as it is an important tumour marker. Usually patients with the presence of tumours would have a larger than normal percentage of AFP in their blood stream (6).

Imaging Studies: The preferred means to determine the location and extent of the cancer in the liver is through multiphasic helical CT scan and MRI. If the imaging studies fails to provide conclusive results then follow up studies will be performed.

Liver Biopsy: This involves extracting a sample from the cancerous part of the liver with the help of a needle and analysed by a pathologist to determine the extent and the type of cancer. However, a biopsy comes with an added risk of seeding: it is when the cancer cells get attached to the needle used for a biopsy and spread to areas touched by the needle. The risk of seeding varies from one to three per cent of the total cases (2).

​ Liver cancer is most commonly seen after the setting of chronic liver disease: which is caused due to long term damage to the liver called cirrhosis. Besides this, the following conditions and lifestyle options are known to increase the risk of liver cancer in individuals:

Viral infection to the liver: either hepatitis B or C.
Inherited Diseases like hemochromatosis.
Excessive Alcohol abuse.
Obesity
Tobacco
Long term use of anabolic steroids.

Some countries in sub-Saharan countries have cancer as the most common reason for cancer related deaths. In the mix of cancers, is the five year survival rate for liver cancer, which is the number of individuals that survive for five years or more from the day of diagnosis expressed in percentages clocking in at eighteen per cent. However if diagnosed during its early stages, the five year survival rate is relatively better at thirty one per cent; but at later stages when the cancer has spread to the neighbouring organs and tissues, the rate drops to eleven per cent, and if it affects organs further away, the five year survival rate moves to three per cent (1). The aforementioned statistics are intimidating, but liver cancer, if diagnosed properly, can save people from impending harm.

​ Cause and Types of Liver Cancer:

Benign Tumours: Are harmless tumours that do not spread to other parts of the body. However if they grow large enough they can cause problems. In such cases, the doctor would recommend surgery to remove the tumour. A few examples of benign liver tumours are as follows:

Hemangioma: The most common variety, hemangiomas start in the blood vessels of the liver and do not cause any symptoms or require any sort of treatment. However, they may need to be removed surgically if they begin to bleed.

Hepatic Adenoma: Starts in the hepatocytes, a major liver cell and does not cause symptoms. However, when it does, it usually includes pain in the abdomen (stomach area) and loss of blood. Also, there is the risk of the tumour rupturing and eventually leading to a cancer. Thus doctors recommend a surgery to remove it.

Focal Nodular Hyperplasia (FNH): A tumour made up of various types of liver cells these are usually removed surgically as they are hard to differentiate against actual cancer cells (3).

​ Hepatocellular carcinoma (HCC): The most common cancer in adults, Hepatocellular carcinoma (HCC) has different growth patterns. It may either originate from a single tumour on the liver and spread throughout the liver or it may have small cancers all over the liver, a case commonly seen with regard to cirrhosis and is the most common type of HCC in the US.

Intrahepatic Cholangiocarcinoma (Bile duct cancer): Originating from the bile ducts which are the tubes that carry bile from the liver to the gall bladder, about ten to twenty per cent of the cases of primary liver cancer fall under this category.

Angiosarcoma and hemangiosarcoma: Rare cancers that affect the blood vessels of the liver and are prone to individuals who have been exposed to vinyl chloride or thorium dioxide.

Hepatoblastoma: Extremely rare and usually seen in children four years or younger. Is similar to fetal liver cells and two out of three children are treated by surgery and chemotherapy successfully (3).

​ Most of the time, the cancer does not originate from the liver but from other tissues or organs in the body namely the pancreas, lung, colon, stomach or breast. This can be associated with the function of the liver to filter blood coming from the digestive tract. The blood coming in might have cancer cells suspended in them and thereby attach itself to the liver and grow.

​ One of the goals of the aforementioned diagnosis methods is to stage the liver cancer in your body: defining the extent of your cancer with the help of alpha-numeric parameters or generally accepted terminology. This helps your doctor determine the best treatment for you and your specific cancer. with regard to HCC, there are two ways in which liver cancer is staged:

​ The most common system for staging cancers, including liver cancer is the TNM system. However, with regard to liver cancer, the TNM has a bottleneck with regard to turning a blind eye towards cirrhosis of the liver, which may or may not be even more important than the size and extent of the tumour. otherwise, this system tries to answer three major questions:

Tumour (T): How big is the tumour and its extent?
Node (N): Has the tumour spread to the lymph nodes and what is its extent?
Metastasis (M): Has the tumour spread and affected any other part of the body and its extent?
The extents of these three parameters are measured from a scale off 1 to 4 with 1 being the least and 4 being the highest. If however there is no presence of a tumour and/or hasn’t affected the lymph nodes or any other part of the body then it is represented by the letter X. For example TX, T1, T2, T3 and T4. Similarly the nomenclature holds true for N and M (8).

​ The type of treatment recommended by your doctor will be based on your specific case: the cause, location and extent of your cancer and whether it has spread to any of the neighbouring organs. The choice of treatment is generally between the following:

Surgery: Usually preferred in the case of a small tumour limited to the liver, it involves removing the tumour via surgery and allowing the liver to grow back. Complications which may arise are bleeding, infection, pneumonia or side effects of anaesthesia.

Liver Transplant: A liver transplant involves the patient replacing a part or the complete liver received from a donor. Complications include, along with those mentioned under surgery, rejection of the new liver by the immune system.

Ablation Therapy: Used under palliative care (relieving pain or symptoms without with the cancer), it involves using heat laser or injecting a special alcohol or acid in the area of the cancer. Recommended when the cancer is unresectable (tumour that cannot be completely removed via surgery).

Embolization: Involves cutting out the blood supply to the cancerous region. Preferred in cases where the tumour is large. Complications may include fever, abdominal pain, nausea and vomiting.

Radiation Therapy: Involves making use of high-energy rays to kill cancer cells while avoiding the normal cells which are also susceptible to damage from radiation. Complications include skin irritation near the treatment site, fatigue, nausea and vomiting.

Chemotherapy: Another method used for killing cancer cells, it involves taking in medicine, either via mouth or by injecting it into an artery/vein feeding the liver. Complications, though temporary may include fatigue, hair loss, easy bruising, nausea and vomiting.

Targeted Agent: Involves taking in Sorafenib (Nexavar) that can prolong the lifespan of patients with advanced liver cancer, to about three months. Side effects include fatigue, rash high blood pressure, sores on hands and feet and loss of appetite (2).

Choose specialists in a country 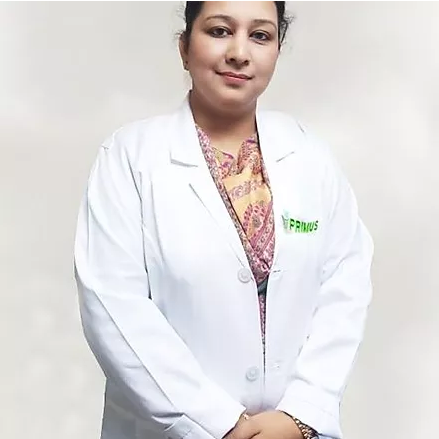 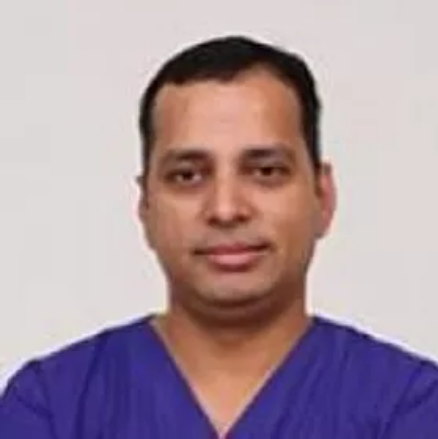 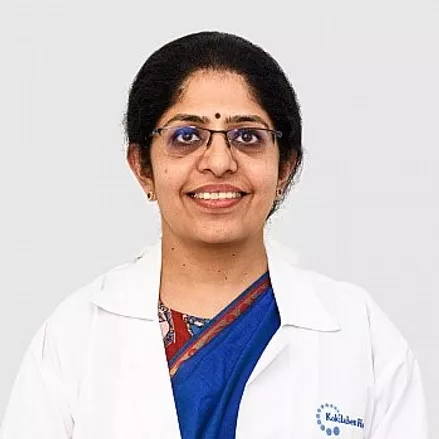 Choose hospitals in a country 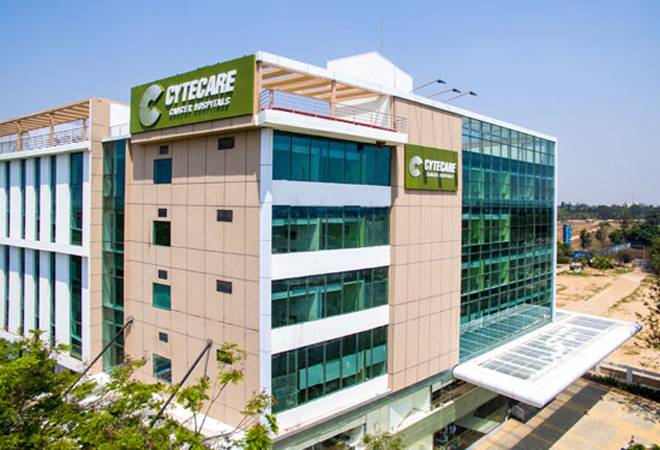 Cytecare Hospitals
At Cytecare, they understand and stress on the right way of fighting cancer. This gives rise to a mu 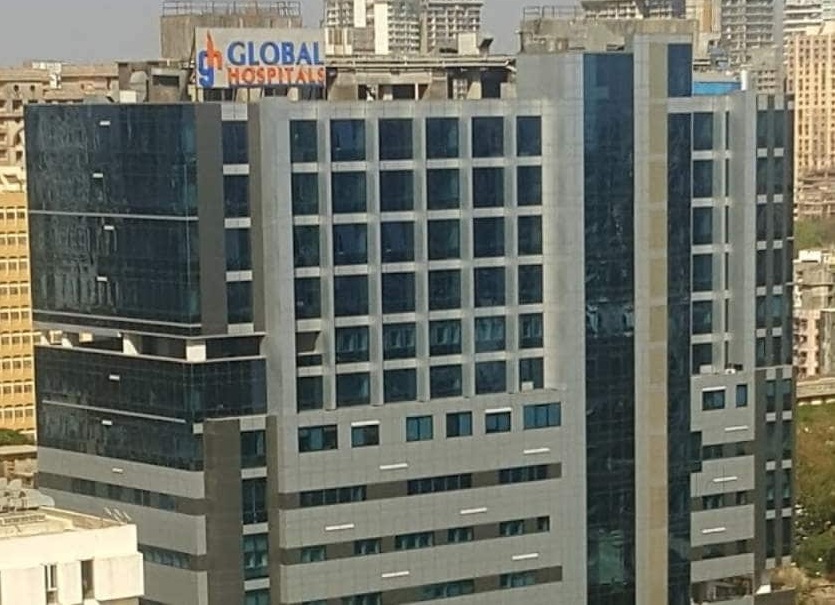