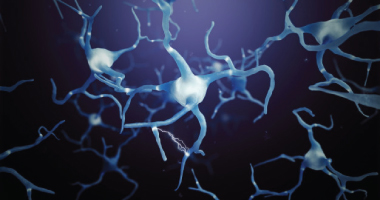 WHAT IS PULMONARY EMBOLISM?

Pulmonary embolism can be defined as a blockage caused by blood clotting in one of the pulmonary arteries in the lungs.  These blood clots (usually small) may travel to the lungs from deep veins in the leg or any other part of the body. When the clot is large, blood flow to the lungs can be drastically affected and this could result in serious complications.

According to research, more than 300,000 persons develop pulmonary embolism yearly and its mortality rate is about 24% on an annual basis.

Pulmonary embolism can be quite dangerous and life-threatening since it affects the lungs but with early diagnoses and proper treatment, its risk can be reduced and properly managed.

Pulmonary embolism is mostly caused by an obstruction in the pulmonary artery which is responsible for the blood supply of the lungs. These obstructions could include blood clotting, tumors, air bubbles, amniotic fluid. and rarely fat that is entered into the blood vessel when bones are broken.

However, the primary cause of pulmonary embolism is blood clotting in the deep veins of the legs that travel into the lungs. The part of the lungs affected will be deprived of nutrients and blood supply for its cells, leading to pulmonary infarction (death of the lungs or the affected part).

Certain factors increase the tendencies for one to develop a pulmonary embolism. Such factors include

HOW IS PULMONARY EMBOLISM DIAGNOSED?

It might be a bit difficult to effectively diagnose this condition due to similarities in its symptoms that it shares with other conditions such as heart attack, panic attack, pneumonia. However, when diagnosing for this condition, you will be

Its symptoms are dependent on certain factors such as:

The symptoms of pulmonary embolism include:

The treatment of pulmonary embolism is dependent on how severe the condition is and can be treated. with

Drugs such as anticoagulants help prevent the blood from clotting and if there are existing clots, they prevent them from getting bigger. The body, over time, will dissolve the clot on its own. They could be administered through the vein (intravenous) or taken as a pill (oral). This anticoagulant includes warfarin, heparin, etc. However, internal bleeding may be experienced as the side effect of this medication which occurs when the medication thins your blood too much. Your doctor will monitor your progress through a blood test

This is an emergency treatment that involves the use of a thin flexible tube that is inserted into your vein at your thigh or arm. They push it till it gets to the lungs and they remove the clot.

The inferior vena cava which is a large vein that carries blood from the lower region of our body to the heart is inserted with a filter through surgery to prevent clots from entering into the lungs. This is done when anticoagulants can not be used due to surgery, stroke caused by bleeding, etc.

When this condition is left untreated, it could lead to serious health complications and sometimes death. It could cause pulmonary hypertension, which involves the increase in the pressure of blood in the lungs and subsequently, the right side of your heart due to the increase in workload the heart must overcome in other to supply blood effectively to the body. Over time, this weakens the heart also.

Any complication which may arise when pulmonary embolism isn’t treated over some time is chronic thromboembolic pulmonary hypertension.

The prevention of clotting in the leg (deep veins of the leg) can be done through:

The recovery of pulmonary embolism may take weeks or months depending on how severe the situation is and how soon it was diagnosed. To help promote recovery, you will have to

Pulmonary embolism treatment usually takes about 3months for treatment. After that, some reevaluation will be done to determine the risks and the benefit of continuing therapy.

More than 50% of the recorded cases of pulmonary embolism has been caused by deep vein thrombosis. It is mostly checked for during diagnoses in other to rule out similar disease conditions with the same symptoms.

About 4% of people with pulmonary embolism suffer from chronic damage to the lungs. This condition is called chronic thromboembolic pulmonary hypertension. If left untreated, it could result in heart failure.