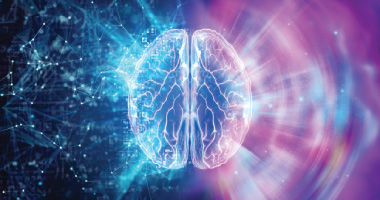 Deep brain stimulation (DBS) is a surgical procedure performed on the brain by inserting electrodes to produce charges that control irregular impulse and these charges influence some chemicals and brain cells.

Deep brain stimulation surgery offers solutions to disorders acquainted with movements such as the essential tremor, dystonia,  epilepsy, Parkinson’s disease (PD), obsessive-compulsive disorder (OCD), and other neurosurgical or neuropsychiatric conditions. Though, deep brain stimulation is used when patients are no longer responding to medications.

WHY IS A DEEP BRAIN STIMULATION DONE?

Symptoms associated with Parkinson’s disease are listed below:

The dystonia affects the muscles greatly, the symptoms are shown below:

Anxiety or any form of stress, or certain actions results in the contractions of the muscle in any part of the body.

A device is known as the “Brain pacemaker” or the “Neurostimulator” is responsible for regulating the stimulation during the deep brain stimulation which is always implanted beneath the skin just in the upper region of the chest.

Patients that are liable to undergo deep brain stimulation surgery must have a disorder acquainted with the movement and the patient is no longer responsive to medications administered by the doctor.

This case involves medication wearing off before the period of the next dosage. Also, the body getting used to the drugs causing a defect known as “Dyskinesias“. It is noted that deep brain stimulation might not help a patient with depression.

PREPARATION FOR A DEEP BRAIN STIMULATION

The patient is expected to bathe with antibacterial soap the morning of the surgery all dressed in comfortable wears and shoes without jewelry or any valuables. Also, the doctor instructs if any medications are allowed. Then, the list of all the medications taken should be given to the doctor for proper prescription.

Eating any food and drinking water or any liquid is restricted alongside a Parkinson’s drug after midnight on the day of the surgery. A good night’s rest is also mandatory.

The patient will need to clear with the cardiologist for cases of previous heart conditions. Anti-inflammatory medications, blood thinners are to be avoided seven days before undergoing the surgery. Also, alcohol is prohibited a week before and two weeks after surgery to prevent problems associated with irregular bleeding issues and disrupt the healing process.

Before deep brain surgery, it is appropriate to ensure the patient is safe and eligible for the test. Brain studying such as the MRI will also be required to pinpoint areas where the electrodes are to be implanted in the brain.

The deep brain stimulation begins with the attachment of a frame to the head with the velcro straps where local anesthesia is administered to the patient through 4 sites to numb pains and make the patient comfortable a little.

Then the brain study begins with the aid of an image scan of the brain utilizing mostly a magnetic resonance imaging (MRI) or computed tomography (CT) scan.

Coordinates of the brain where the electrodes are to be implanted are mapped out in 3-D by indicating markers in a localizing device that has the shape of a box.

The magnetic resonance imaging (MRI) or computed tomography (CT) scan helps to determine the electrode’s trajectory. Afterward, the patient lies on the table where the temporary frame will be firm on the head to restrict movement while implanting the electrodes.

The patient’s hair is removed around the region where the incision is made to make the skull visible. Holes are made by drilling into the left and right corners of the skull with a driver. After boring the holes, the electrodes are inserted into the brain. The scan guides the exact placement of the electrodes.

Series of tests are done to confirm the accuracy of the placement such as counting of numbers, raising of legs or hands, and listening to the recording electrode for certain nerve cells. All these are monitored on a monitor indicating the wavelengths. This procedure needs to be done to both the left side and right side of the brain.

When those specific nerves are identified, the electrodes are replaced with the deep brain stimulation electrode which will be inserted under the skin in the upper region of the chest.

After successful placement, a cap, plastic in nature is placed to hold the electrode placed in the bored holes. Then, the incision made is sutured and a bandage is applied for closing the hole.

Ten days after the surgery, the neurostimulator is activated and it gives the doctor free access for optimum format. The capacity of the battery is dependent on the settings and usability. The battery can be changed if it is weak.

The DBS can not treat a disease, it only aids in the reduction of symptoms, therefore, the surgery is deemed successful if a patient’s symptoms reduce to a certain level though not fully exterminated. Some patients might require medications as a backup.

DURATION OF A DEEP BRAIN STIMULATION

The deep brain stimulation procedure takes about 5 to 7 hours to perform but it takes weeks for activation roughly 10 days.

The deep brain stimulation might not be successful in all cases a lot of factors such as the condition of the patient influence the recovery rate. The doctor explains these factors to the patient before the surgery and the probability of recovery.

Therefore, the recovery rate is indeterminate as deep brain stimulation does not treat a patient but just relieves the symptoms and increases the life span of the patient.

The risks accompanied by this surgery are:

Also, side effects that may occur after the surgery are:

SPECIALIST FOR A DEEP BRAIN STIMULATION

The deep brain stimulation is performed by a well-trained neurologist alongside neurosurgeons present in the medical team to render assistance.

COST OF A DEEP BRAIN STIMULATION

Deep brain stimulation (DBS) is a long process as it can take up to six months for the settings tried by the doctor to get to the optimum level. The DBS can be operated for 24 hours or less depending on the doctor’s prescription based on the diagnosis.

The patient can be cleared to go home on the day of the surgery while some might take longer, most likely 2 days tops.

The success rate for the DBS is placed at 51% with an extended average life span of 10 years depending on the severity of the disease before stimulation.

The patient is awake when the deep brain stimulation is performed, though a temporary frame is placed on the head to restrict movement and local anesthesia is administered to numb all pains, and sedatives are given to relax the patient.