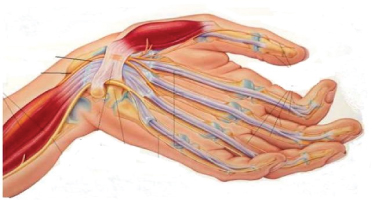 WHAT IS GUILLAIN BARRE SYNDROME?

Guillain barre syndrome (GBS) is a rare auto-immune disorder in which the immune system attacks the nerve cells of the peripheral nervous system, which is a network of cells found outside of the brain and spinal cord and its cells connect the brain and the rest of the body and aid in transmitting the right signals to the body muscles.

The body muscle will not be able to receive signals from the brain effectively when there is damage to these cells hence, resulting in weakness, numbness, and tingling, and in severe cases inability to breathe independently and paralysis.

According to the National Institute of Neurological Disorders and Stroke, Guillain barre syndrome is estimated to affected 1 in every 100,000 Americans per year. GBS affects all both young and old, male and female but has more prevalence amongst older people.

Although Guillain Barre syndrome is a singular disorder, it occurs in several forms. They include:

Here, paralysis occurs in the eyes. It is mostly associated with unsteady movement. It is very common in Asia. It affects the cranial nerve causing abnormal muscle coordination resulting in clumsy gait, weakness of the eye muscles, and absence of tendon reflexes.

They are rarely found in the US but quite common in Japan, China, Mexico, etc. the axons are damaged by the autoimmune response of the immune system.

The cause of Guillain barre syndrome is unknown, but most cases report incidents of infection such as respiratory or gastrointestinal infection. According to reports, two-third of people with Guillain barre begins soon after they had been sick with diarrhea or a lung infection which implies that it could be triggered by an improper immune response to a previous illness.

The incidence of developing Guillain barre is higher after the flu or an infection such as COVID-19.

Symptoms are usually progressive and they include:

Since symptoms are quite similar to other neurological disorders or conditions such as botulism, meningitis, or heavy metal poisoning which could be caused by lead, mercury, and arsenic, therefore it is difficult to diagnose Guillain-barre at first.

However, when suspicious symptoms arise, the following diagnostic test can be used:

This is a nerve function test. It works using electrical activity from your muscle to check your muscle weakness if it is caused by nerve damage or muscle damage.

Since it is an auto-inflammatory process, it may resolve on its own. However, there is still a need for close observation in the hospital as symptoms can quickly worsen and become fatal.

The treatment is made to reduce the severity of the immune attack and improve body function such as lung function while helping the nervous system recover.

In Guillain barre, the immune system produces antibodies that attack the nerves of the nervous system mistaking them as harmful foreign substances to the body.

This is administered in high doses to help block the antibodies causing Guillain-barre. The immunoglobulin has normal antibodies usually gotten from a donor.

Approximately 2-5% of people with Guillain barre syndrome experience a relapse. However, few deaths have been recorded from complications such as respiratory distress syndrome. It has a high recovery rate even in severe cases and a mortality rate of 4% to 7%.

Guillain barre syndrome tends to worsen within two weeks after its onset but gets worst after 4weeks without treatment. However, when treated properly, recovery may take 12months or three years depending on how severe the condition was.

Although not frequently used, it shows affected areas of the peripherical nervous system as thickened and marked enhancement.

Since Guillain barre syndrome is an autoimmune disorder it is possible for the incidence of neuropathy to occur as the axon in the motor nerve is affected.

Guillain barre syndrome could be triggered by infections such as viral infections, surgery, gastrointestinal infections, or lung infections. In rare cases, vaccinations.