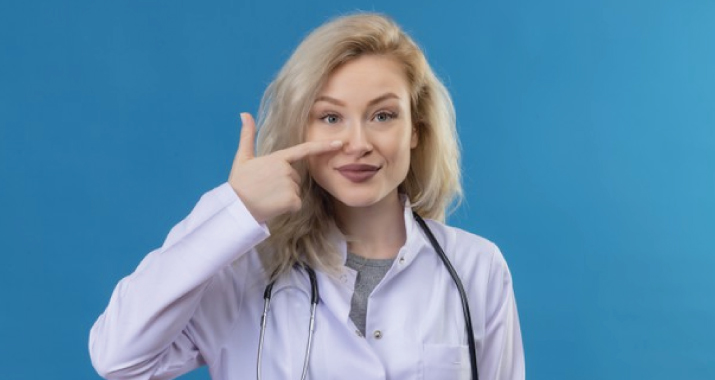 What Is Empty Nose Syndrome?

Empty nose syndrome (ENS) is a condition that is due to complications of nasal surgery, involving the nasal turbinates–structures found in the nose and serves as airflow regulator.

A rare condition that is caused by complications of nasal surgeries. To avoid the syndrome interact with your surgeon about less aggressive methods for nasal surgeries. Symptoms include difficulty in breathing and it can be treated or managed.

During the nasal surgery, it may be that the inferior turbinates were damaged and the nasal physiological function affected, hence, leading to a feeling of suffocation, dryness of the nose, the sensation of the nose being too open, low nasal resistance, nose crusting, intermittent bleeding, etc.

The cause of empty nose syndrome is a result of a medical complication in turbinate surgery that was performed aggressively. The likelihood of ENS occurring increases with turbinate procedures, which may include, partial or total resection of the inferior nasal turbinates or mucosal surface cautery.

When ENS occurs, it indicates that the turbinates are damaged. Although recent research has shown that ENS can occur when the body feels different levels of pressure and temperature in the nose.

What Are The Symptoms Of Empty Nose Syndrome?

The symptoms of ENS include:

How Can ENS Be Diagnosed?

Since ENS has not been seen as a medical illness on its own, it is not still understood owing to its rare nature. Attention has not been given to the study of this condition until recently, hence, it could be quite challenging to diagnose as there are no known reliable tests for concrete diagnosis yet.

However, some test can be used ascertain empty nose syndrome and they include:

How Is ENS Treated?

There is no straight treatment of empty nose syndrome yet as most treatment aims at relieving the symptoms and could be temporary.

How To Avoid Empty Nose Syndrome

The major prevention of empty nose syndrome is to ensure a less aggressive method during nasal surgeries that will not damage the turbinate, by employing conservative tissue-sparing techniques in other to preserve the tissue in the nasal cavity.

Empty nose syndrome is a rare disabling condition characterized by dryness of the nose, difficulty breathing, numbness in the throat, inability to taste and smell, etc.

It could be caused by surgery done on the nose. ENS  affects the quality of one’s life, making one restless, and quite irritated. Both surgical and non-surgical methods can be employed to help improve the symptoms but there is still no permanent cure for ENS. Although, some restorative signs can be achieved using regenerative medications that help the nasal structure functionally and structurally.