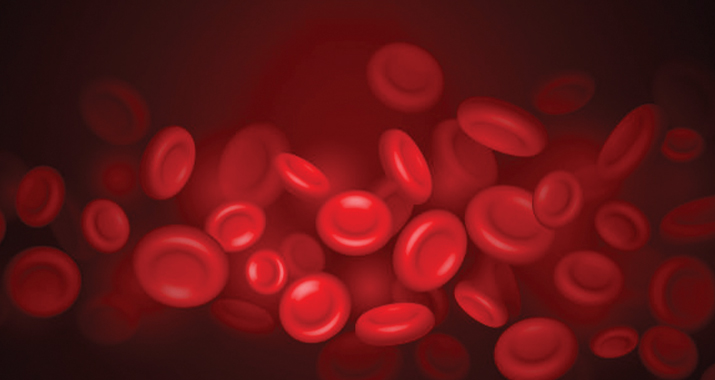 When plasma cells in the bone marrow begin to form in abundance, it starts affecting the area by causing cancer in plasma cells, the whole condition is known as multiple myeloma. Plasma cells come under the category of White blood cells.

Plasma cells are situated in the bone marrow and lymph nodes basically and round or oval in shape with spongy soft texture (14-20 micrometres size). Plasma cells’ job is to form antibodies in bone marrow if talk more specifically then. In multiple myeloma, these cells spread very fast in bone marrow due to the production of this normal and mature cell that instantly also affects red blood cells. This condition is not very common, about 5-6 people in 100,000 are suffering from multiple myeloma. Multiple myeloma is seen in people with age 65 or above. People with age 40 or less have rare chances of getting myeloma

Chiefly there are two types in multiple myeloma

The actual cause of multiple myeloma isn’t found yet but suddenly plasma cells overproduce in the bone marrow then regular count. Regular mature plasma cells grow and then die when new cells start forming but cancerous cells do not die instead divide and pair with non-cancerous to cause harm.

Symptoms changes from case to case, in some, in early phase symptoms remains hidden but gradually one or more symptoms begin, primary symptoms are:

Bowel movements become less frequent and can be noticed when calcium rises rapidly. When M protein increases the risk of kidney failure stops working properly. Other secondary symptoms are dizziness (unconsciousness), tiredness, fractures, back pain, and bone damage can also happen when cancerous cells fill the area of bone marrow. Blurry vision, sudden weight loss, loss of muscle strength (weakness), infection, problem while passing out the urine are also some of the undeniable symptoms of multiple myeloma

Even though symptoms aren’t noticeable, when you visit the doctor he/she can easily detect whether a person has multiple myeloma conditions or not. They particularly take help with various basic tests initially such as urine tests, physical examinations, and blood tests. If the doctor suspects signs further requirement of different tests arises, even if you don’t have any symptoms.

4. Biopsy – A piece of bone marrow is given in the laboratory to        detect the cancer by observing it through a microscope.

To clear the doubt of the bone’s degeneration/injury imaging tests are done like MRI scan, Computer tomography and Magnetic resonance imaging.

To reduce the multiplication of cancerous cells, some of the treatments are invented but none of them gives 100% guarantee of vanishing multiple myeloma. Treatments are recommended to the people who have one or more symptoms otherwise oral medicines and tests can help to protect the body to some extent.

This therapy is based on medicines several effective medicines are given to the patient to fight against harmful cells medicines such as Kyprolis and Bortezomib. Both are given through the veins.

Orally given medicines are Revlimid, Pomalist and Thalomid are excellent. Out of all three revlimid is spot on because it has minimum or no side effects while other two have more or less side effects.

Powerful beams are used to kill cacerous cells and to pause their growth permanently When extreme symptoms like plasmacytoma is present in patient this treatment works for him/her.

The function of corticosteroid is to keep White blood cells separate from cacerous cells also reduces swelling and pain in affected area. Effective ones are prednisone and dexamethasone.

This treatment is very advantageous but has some serious side effects also becuases high dose consisting medicines are given such as Oncovin, Treanda, Melphalan, Doxil, Cytoxan and Adriamycin.

When above mentioned all the treatment fails this becomes necessary, in this entire damaged bone marrow is removed and in its place new, functioning bone marrow is added. This is very successful procedure.

This stage is the initial stage of multiple myeloma, gap between SMM and stage1 can be huge or short some lives many years with SMM and then progresses to stage 1 while in some it can convert into stage 1 in few days or months only. This stage is symptom free stage. Silent myeloma cells are there in the body which remains deactivated. However, some abnormal changes are seen in the spine in some people.

One can notice a small proportion of M protein in urine and blood, also this stage causes imbalance in Haemoglobin as it fluctuates. Small portion of bone may or may not damage.

Cancerous cells number increases in this stage and haemoglobin decreases than normal ( less than 12 in women and less than 15 in men). Multiple areas of bone starts degenerating and gets injured also.

This is the most intense stage and maximum damage caused by myeloma cells is seen in this stage only, haemoglobin becomes half, calcium level rises and bone destruction doesn’t stop.

Generally, a person who undergoes stem cell transplant can live more (about 15-20 years or more) than a person who has done normal treatment, when both have similar kind of multiple myeloma. If the younger person has myeloma and the older person also has the same stage myeloma than chances of younger patient’s of surviving increases by 30%.

If a person is male and his age is more than 50 then he has more chances of developing multiple myeloma. Especially if he is working in oil refining/extracting/transporting then possibility increases even more. Other factors are overweight, race ( american-african) and history of monoclonal gammopathy.

If not treated on time then it can cause:

The main cause is still hidden, but no studies show that it is due to genetic factors.

Avoid eating sugary, oily and extremely salty food such as processed cheese, cakes, ice creams, crisps/chips, etc. all of these can increase the weight and obesity can cause multiple myeloma. To reduce the chances of anemia eat iron-dense food such as spinach, broccoli, sprouts, raisins, etc. Cut down calcium rich food if its levels are higher than normal you can avoid curd, milk, cottage cheese, etc.