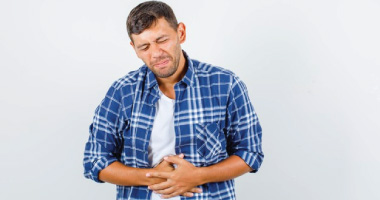 “Portal hypertension” refers to the rise in the blood pressure within a system of vein cells. This system of cells is called the “portal venous system”.

In this condition, a collection of cells from the stomach, intestine, pancreas, and spleen fuse into the portal vein, which then branches into smaller vessels and runs into the liver. The liver becomes blocked, which subsequently results in improper blood flow. This can lead to high pressure in the portal system, causing the development of large swollen veins. The enlarged veins called “varices” can rupture and bleed resulting in severe health complications.

The most common cause of portal hypertension is cirrhosis of the liver, which is the scarring that accompanies the healing of the liver from an injury.

Other causes may include:

Sometimes, the cause is unknown and this is referred to as Non-cirrhotic or Idiopathic Portal Hypertension, a term for portal hypertension that has no known cause.

The symptoms of this sickness include:

Portal hypertension can lead to:

Your doctor will go through your medical history and carry out a physical examination on your abdomen and anus to check the presence of ascites, dilated veins, or varices.

Other tests include imagery tests such as X-rays like angiograms and ultrasounds and endoscopic tests. These tests can determine the extent and severity of your condition.

The treatment for this condition depends on the severity of the symptoms and how well your liver is functioning. Handling the causes of portal hypertension can also be a way of treating the condition.

Treatment and control may include:

Non-selective beta-blockers such as nadolol or propranolol can be used to stop variceal bleeding. They can be used alone as a form of first-aid or combined with endoscopic therapy. Also, drugs like lactulose can be used to treat encephalopathy cases like confusion and other mental changes.

This is a procedure that is used as a first aid to prevent a first variceal hemorrhage, especially in patients who can not take beta-blockers.

Often used when drug and endoscopic therapy fails. Surgical procedures to successfully control and reduce the pressure in the veins may be required.

These decompression methods may include:

The rate of recovery depends on the severity of the complications and the individual. However, you need to attend all follow-up appointments as scheduled especially after a surgical procedure to ensure that the parts implanted like the stunts or liver are functioning properly. Also, keep to the dietary recommendations of your health provider.

Which doctor should I consult for portal hypertension?

A Gastroenterologist or Hepatologist should be consulted.

In the case of a surgical procedure such as a surgical stunt or a transplant, you can consult an Interventional Radiologist or a Surgeon.

No, it does not. Portal hypertension can be managed or cured non-surgically, but this depends on how severe the symptoms are and the cause of the condition.

Will I need an endoscopy?

In most cases, yes. Severe bleeding from various may cause severe complications so it has to be checked and controlled.

Does portal hypertension have a genetic or hereditary link?

No, it does not. Portal hypertension is the result of structural changes within the liver that results in the increased resistance to blood flow and increased pressure within the vessels.

Can portal hypertension have no cause?

Yes, it can, but this is a very rare case. Portal hypertension with no known cause is called Idiopathic Portal Hypertension.

This is a complication in patients with liver disease or cirrhosis and ascites and can be an advanced complication in portal hypertensive patients. It is the failure of the kidney due to reduced blood supply in the vessels supplying them.

This is a disorder in which blood clots develop in hepatic veins, causing an increment of pressure in the portal circulation. This can result in portal hypertension.