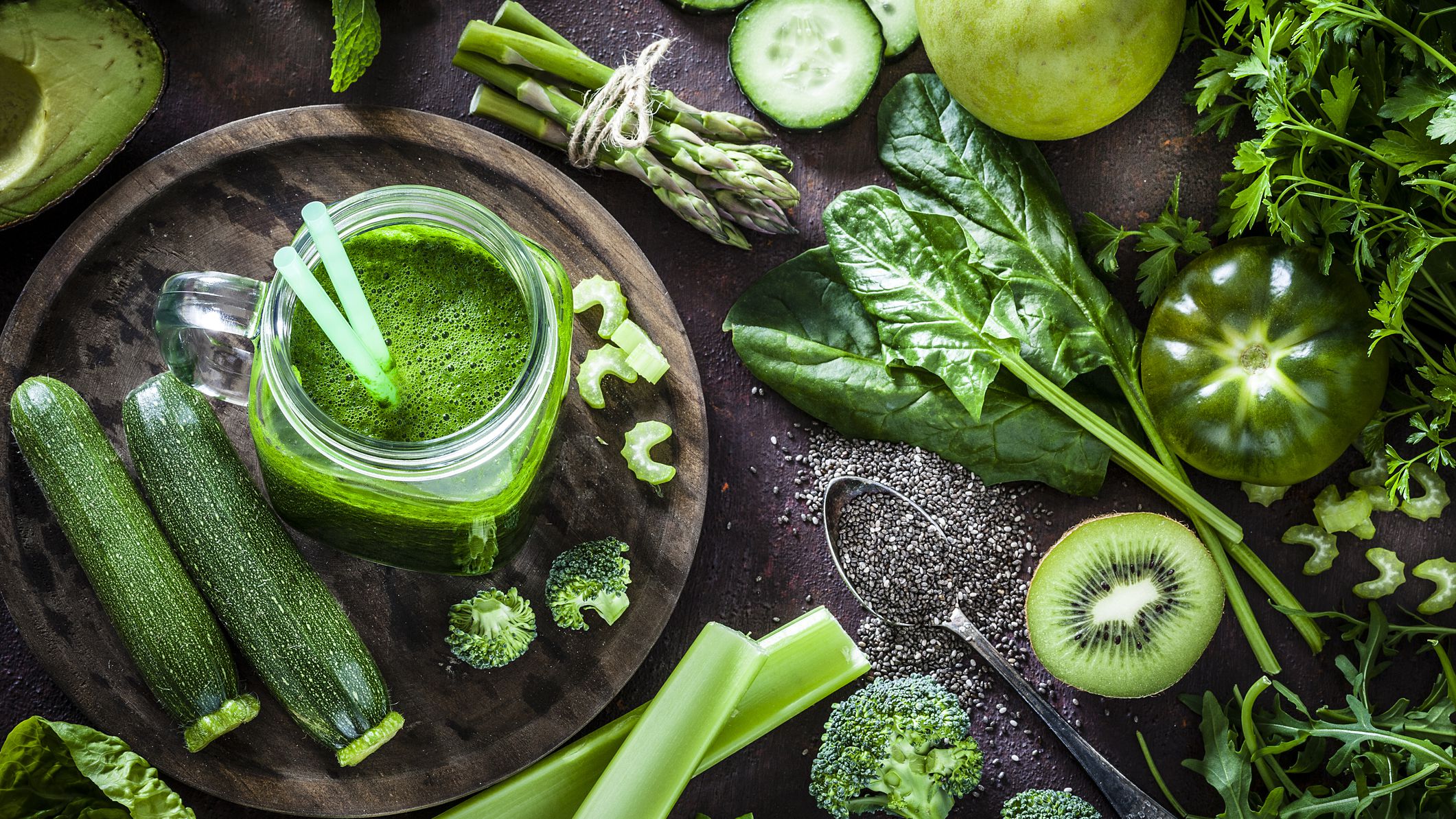 Chlorophyll is an essential green pigment that is found in the chloroplast of plants. It is fundamental for the process of photosynthesis. Chlorophyll helps give green plants their color and it also helps keep the plants healthy. Asides from the importance of chlorophyll to plants, it is also potentially beneficial to the health of human beings. Chlorophyll contains antioxidants, vitamins, and therapeutic properties that are considered healthy for human beings.

The marketed benefits of chlorophyll supplements include:

The supplement, chlorophyllin, has shown that it can be effective in the reduction of bacterial growths and inflammation on the skin. In the 1940s and 1950s, chlorophyll was studied and it was revealed that it can help with the healing of wounds. Several papain-urea-chlorophyllin-containing ointments were studied and it was discovered that they were effective. However, this needs a better and controlled confirmatory study. Two trial small-scale preliminary studies called pilot studies revealed that the use of topical chlorophyllin was effective in fighting acne and improving sun-damaged skin as well as skins with large pores after weeks.

Applying chlorophyll topically may help with aging slowly. One study involving four healthy females with different skin types revealed that the application of chlorophyllin topically decreased the chances of aging due to exposure to the sun after 12 days. Suggestions made by the researchers of the study say that combining chlorophyll and tretinoin can help make the anti-aging treatment effective. Tretinoin is a skin cream prescribed to help with skin aging.

There are suggested comments by people who believe that taking liquid chlorophyll can help in improving the red blood cells quality, thus, building the blood in the process. A pilot study conducted in 2004 suggested that there was a reduction in blood transfusions done in people with thalassemia when wheatgrass, which possesses about 70% of chlorophyll, was consumed. It is the belief of a wheatgrass clinical expert by the name Dr. Chris Reynolds that the reduction in the blood transfusion number was as a result of the wheatgrass and not the chlorophyll itself. There is no clear evidence of how the red blood is affected by wheatgrass but it is believed that when wheatgrass extract is being produced, chlorophyll is destroyed.

The removal of waste and toxins from the liver has been observed to be improved by taking chlorophyll in a process called detoxification. One study of over thirty years found that the use of chlorophyllin helped improve the detoxification of the liver. It did this by potentially reducing the risk of developing liver cancer and combating liver damage. This study was done on human and rat livers.

Several research is being conducted to identify the effects of chlorophyll and the supplement, chlorophyllin. An animal study revealed that chlorophyll reduces the occurrence of liver tumors and stomach tumors by 29 – 63% and 24 – 45% respectively depending on the dose taken. A study on mice in 2005 showed a decline in the risk of developing colon cancer after giving them natural chlorophyll even though they were fed with foods associated with an increased risk of colon cancer. The animal studies conducted have shown some promising signs but in humans, there has only been a few trials done.

Some claims attribute weight loss to liquid chlorophyll but there is not enough research to back up the claims. Thirty-eight females were observed for a 2014 study and it was revealed that those who took a dose of a supplement that contained chlorophyll lost significantly more weight than the women who did not. It was also suggested by the researchers that there was a decline in the levels of harmful cholesterol.

7. Serves as a Natural Deodorant

Chlorophyllin has been used as a neutralizer for some odors but studies on that are obsolete. The results of those studies are varied. A study was done on people with a condition called trimethylaminuria. The condition causes a fishy odor. It was discovered that there was a large decline in the number of trimethylamines due to chlorophyllin. There are various deodorants and mouthwashes people use these days to help reduce body odor that contains chlorophyll.

Side Effects of Chlorophyll

Wheatgrass refers to a young freshly sprouted grass of the wheat plant. It is rich in chlorophyll and can be consumed in the form of dietary supplements, drinks, or food. It has some chlorophyll-related benefits and can be used as an alternative medicine for some conditions. Its oil can be used to treat scars.

A review done on therapeutically taking wheatgrass juice revealed that it may serve as an aid to individuals who require:

How to take Chlorophyll Supplements

Finally, chlorophyll is essential for the production of food in plants. However, in human beings, it can be taken as a supplement. There is limited research on the health benefits of chlorophyll and chlorophyll supplements. Although, it is claimed to have various potential health benefits such as skin healing and weight loss. Nothing can however replace a healthy balanced diet.