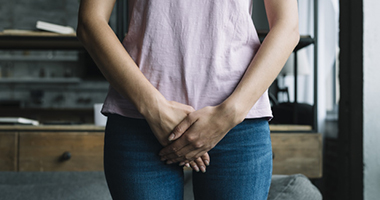 What Is Vulvar Cancer?

The Vulva is an externally adjacent area to the vagina. It mainly comprises the mons pubis, labia, clitoris, Bartholin glands, and perineum. Vulvar cancer definition – it occurs on the outer surface (vulva) of the vagina. The vulva is the area of the skin that surrounds the urethra and vagina, comprising the clitoris as well as the labia (minora and majora).

Though the clitoris and the Bartholin glands are rarely involved, the lesions tend to be multifocal in at least 10% of the total cases. This type of cancer is generally seen in women over 50, although it is now becoming more common in young women.

According to studies conducted by medical organizations globally, it is found that two independent pathways can lead to vulvar cancer causes, one of which is directly related to mucosal HPV (Human Papillomavirus) infection and the second related to chronic inflammatory (vulvar dystrophy) or autoimmune processes. The risk of developing vulvar cancer causes is largely increased by multiple factors. Some of these include factors such as old age, precancerous changes (dysplasia) in the vulva, lichen sclerosus (causes persistent itching and scarring of the vulva), HPV infections, vaginal or cervical cancer, and heavy cigarette smoking.

The most common symptom of vulvar cancer – not spread outside the vulva is itching. It is important to note that not every vulvar itch will have vulvar cancer. Many benign processes such as eczema, burns, fungus, psoriasis, or dry skin can produce a vulvar itch. However, the itching which is caused by vulvar cancer tends to get worse over time and progressively increases in both frequency and intensity.

When a woman has vulvar cancer that gradually keeps growing, a palpable tenderness is usually felt. As a result, the doctor will need to examine the vulvar area as soon as possible.

If vulvar cancer is ulcerated, it will frequently produce a bloody secretion that stains a woman’s underwear.

Women have short urethra, the microorganisms of the vaginal and the vulvar flora and secretion by vulvar cancer can ascend the urethra, producing repetitive urinary tract infections, showing symptoms of cystitis.

Stage 1: Cancer has formed but hasn’t moved beyond the vulva/perineum.

Stage 1a: The cancer is 2cm or smaller and has spread no more than 1mm in the vulvar tissue but is yet to reach the lymph nodes.

Stage 1b: Cancer has grown bigger than 2cms and has spread over 1mm in the vulvar tissue but is yet to reach the lymph nodes.

Stage 2: Cancer reaches the lower part of the urethra but hasn’t reached the lymph nodes yet.

Stage 3: Cancer may have reached the lower part of the urethra and has also reached at least one lymph node.

Stage 4: Cancer has reached the upper part of the abdomen and is now spreading towards other parts of the body.

Like other cancers, vulvar cancer patients have a higher rate of survival if cancer is detected at an early stage. However, the chances of survival are entirely dependent on the status and the condition of the inguinal lymph nodes. The first line of action on the onset of vulvar cancer treatment is a thorough examination of the vagina which is followed by removing a tissue sample for biopsy. This is usually followed by an examination of the pelvic area to determine if cancer has spread and how much it has spread. Once the imaging results are in, the doctor can start the treatment against vulvar cancer. There are several vulvar cancer treatments.

A vast majority of the skin surrounding the vulva is composed of squamous epithelial tissue. Therefore, greater than 90% of vulvar cancer tumors arise from these squamous cell tissue. This disease is largely driven by HPV related changes in cases of patients between the ages of 40-60.

8% of primary tumors arise from malignant melanoma and this is most commonly found and diagnosed in Caucasian women.

Other cancer-causing cells present in the cell include the basal cell, adenocarcinoma of the Bartholin’s gland, Paget’s disease, sweat gland carcinoma, sarcomas. Although, these cell types are rare.

How To Stop Vulvar Itch?

There are a lot of things that can cause a vulvar itch and what treatment will work best for you will depend on what is causing the itch. Sometimes it could be thrush or psoriasis at times or eczema. But often, no obvious cause is found. Generally, to stop a vulvar itch is to first reduce any potential irritation of your vulva. This includes washing gently once a day, using unscented emollient, avoiding soap, showering rather than bathing so that things like shampoo don’t touch your vulva. Ensure that you use products such as unscented sanitary pads, avoiding lubricated condoms, soothing liquids, and cotton underwear.

How Common Is Vulvar Cancer?

Vulvar cancer is not common. As per studies, only 1,000,000 cases of vulvar cases are reported across the globe annually. The vast majority of those are in women over 60s and particularly in women over the age of 85. Vulvar cancer most commonly develops in the outer edge of the labia minora – inner lips, or the inner side of the labia majora – the outer vaginal lips.

What Are the Anticipated Outcomes of Vulvar Cancer?

One of the major outcomes of vulvar cancer as per oncologists is an estimated 5-year survival rate. Positive lymph nodes are a poor prognosis factor and imply and endow a 50% decreased 5-year survival. Another outcome includes recurrence of diseases in the local, groin, or distant regions.

When to Get A Biopsy and What to Observe?

Here are some indications to biopsy

What is the cost of treating Vulvar Cancer?

How to prevent Vulvar Cancer?

The risk of vulvar cancer can be lowered by undertaking following measures: